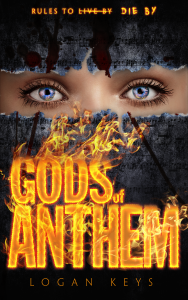 Oceans apart, a young musician and a “special” soldier embark on a perilous journey for home fueled by the unyielding pursuit of freedom from the Authority. Sixteen-year-old prodigy, Liza Randusky, waits imprisoned, blamed for the undead plague that’s slowly destroying the planet. Banished to an island where she’ll never play her beloved piano again, Liza’s steadfast sense of justice and passion for music may have the power to change her destiny. But will it be enough… To strike back at the new world order, the troubled son of a preacher, Thomas Ripley-Hatter, suffers unspeakable alterations by the Underground to join a secret Army. Tommy knows that all hope lies in human-weapons like himself, and that somehow he must cling to his sanity…while letting loose the monster to win. The battle…