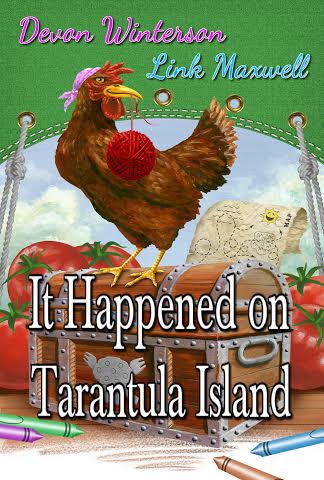 “One loopy scientist, two enormous tarantulas, five bungling pirates, a suspicious chicken, and a ten year old boy with a fondness for whales come together on a small island within the vast folds of the ocean to discover utter silliness in a colorful adventure. Twisty mind-candy for both kids and good-humored adults still young at heart.” 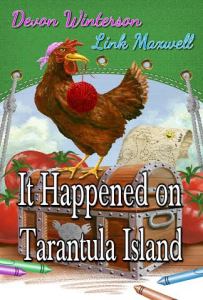 Check out the Goodreads reviews!  This looks great!

“What would you do if everything in your life felt wrong, that you had no control over your own fate, like you had married the wrong man? What if, when tragedy strikes, you find out you did.

Mary Alice married Alex Williams of her own free will. Or did she?
Trapped, like the white heron she was given as a wedding gift, she finds herself living a lie, while the truth watches silently from the shadows.
She has no idea that a mysterious event has caused her to forget the one man she’d promised to love and cherish forever.

Devoted to her, that man isn’t ready to let her go.

They all live in the Shadow of the Heron.”

“Kristiana Stanislav never asked for the power to destroy anything or anyone who got in her way. The power came anyway, and with it came a choice: compulsory military enlistment and training, or permanent exile. She never wanted to be a Marine, but she had to become one, if she ever wanted to go home to her children and her husband.

She traded home and family for barracks and bunkmates, and she threw herself into her new duties with determination. If she had to be a monster, she would learn to do the job right. Going back was not an option. She could only charge ahead and hope for the best.”

“In the future, the world is at war.

For the last decade, King Lazuli of the Eastern Empire has systematically taken over the world. No one knows much about him other than a series of impossible facts: he cannot die, he has not aged since the conflict began, and he wants to rule the world.

All Serenity Freeman has known is bloodshed. War has taken away her mother, her home, her safety. As the future emissary of the Western United Nations, the last autonomous region of the globe, she is responsible for forging alliances where she can.

Surrender is on the horizon. The king can taste it; Serenity feels it deep within her bones. There is no other option. Now the two must come face to face. For Serenity, that means confronting the man who’s taken everything from her. For the king, it means meeting the one woman he can’t conquer. But when they meet, something happens. Cruelty finds redemption.

Only in war, everything comes with a price. Especially love.”

A new page to like: Five Star Author Reads!

These gals are fun, fabulous, and going to help you choose your next big adventure in bookland!